The Truth About Welfare Deaths , The Figures They Don’t Want The Public To See! 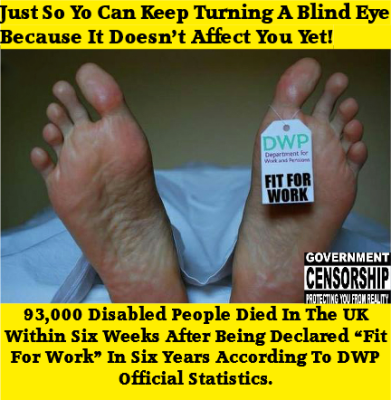 Many times the Government has denied this is happening and continue to do so, yet the real truth has been written by many Bloggers whom  attacked the record of the two successive governments the last 6years by campaigners within the disability movement.  Campaigners have tried many times to have their voices heard,  out on the streets and on social media they have taken direct action and shouted from the rooftops, some have been threatened  to have websites taken down because they tried to highlight what is happening to disabled people across UK  and globally around the world. Our rights are being denied and subsequently crushed little by little. With the Brexit vote opening the door to remove the last bastion of decency ‘The Human Rights Act’, leaving us all at the mercy of what can only be called a dictatorship of government, with no redress.

One of the leading researchers in highlighting these issues Mo Stewart has produced many reports which highlight the overwhelming evidence of the dismantling of the welfare state as many of us grew up with and relied on when times got tough,which is going to be denied to those who follow behind us, many unaware that a vital safety net is being removed at an alarming rate. Mo is soon to publish her book which has taken her the  best part of 8 years work. Below are tables and links  to this research which will no doubt be denied/cast aside by a uncaring Government. 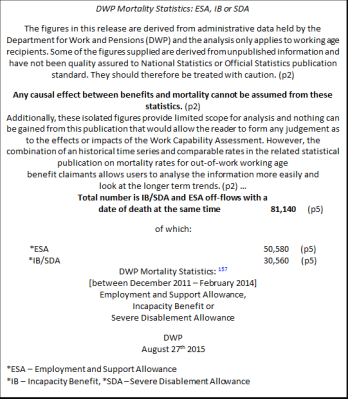 The only ones not shocked by this are the Campaigners themselves, who have lost friends and loved ones, while Joe Public is left in the dark  completely oblivious to the harm caused to disabled people by a government some elected to carry out these atrocities in the name of Welfare Reform. Brainwashing the public into benefit bashing, and turning worker against those who cannot work. This abhorrent  assessment is literally killing people. In the 6th richest country and 21 century this should not be happening to the poorest in society ,it is the hopes from those in power  disabled people wont fight back but we do  often to raise awareness to what is happening to us all and that Joe Public will remain oblivious or ignorant of the truth. In recent months with stories  about disabled people’s rights being violated it has been buried in the media frenzy of political party fallout in both leading parties,whom have backed these reforms with a few exceptional MP’s who didn’t,or abstained. Disabled people do have friends in Parliament who have stood up for us,joined us and given us a voice. It is however not loud enough if most of the public either agree or have not a clue that this is happening. Demand for support of welfare advice agencies being swamped with requests for help as this pernicious flawed  and dangerous policy is enacted by Government Contractors.

The Government has since said it will no longer keep statistics as they try to hide what this policy has done to many, some of whom are no longer with us. They deserve Justice and society should call for this vile policy to be scrapped forthwith and go back to the drawing board. Disabled people are not adverse to be subjected to assessments of their entitlement,but the way this has been carried out is nothing short of inhumanity.

DONT FORGET  TO BUY YOUR COPY ;

Courtesy of:  ‘CASH NOT CARE ~ the planned demolition of the UK welfare state’

Comments on: "The Truth About Welfare Deaths , The Figures They Don’t Want The Public To See!" (14)

This site uses Akismet to reduce spam. Learn how your comment data is processed.