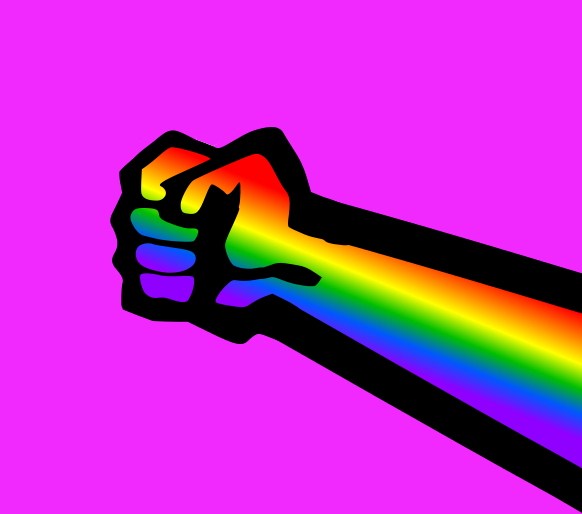 I have watched with dismay the fight for Gender Recognition and the proposed GRA, which has been very divisive and nothing short of vicious by some on both sides of the debate. Unscrupulous press articles which lack content by some are scandalous and harmful to both sides . It seems common sense has left the building altogether. I am not going into too much depth in this blog or it would resemble something fitting a masters degree thesis but I will be  attempting to engage in rational debate and provide a balanced argument for both sides , but if you want drama look no further than social media. It has also split the communities affected, the Unions and Political Parties

One thing this debate is about is ‘Human Rights’ to live in peace and have respect for each others differences. Secondly this debate is deeply entrenched with patriarchy as well as misogyny and religious fervour governing  the  social control of the masses to conformity of ideology,and plenty of hormones.

The GRA as it is Since the passing of the Gender Recognition Act (GRA) in 2004, the UK has had a mechanism by which a person can acquire a legally recognized gender different from their sex. Under that law, a person with a gender recognition certificate (GRC) becomes legally the other sex for most purposes, though there are exemptions set out within the GRA itself. For example, the inheritance of aristocratic titles is exempt, as are what are termed “gender-affected” sports. This was passed under Blair’s Labour government after a decade long campaign by Press for Change, and a number of important legal cases about privacy and the right to family life going to the European Court of Human Rights.

To be able to get a Gender Recognition Certificate currently, one has to be over 18, diagnosed with gender dysphoria, have lived in one’s acquired gender for at least two years, and intend to do so permanently.

In 2010, the UK’s legislation on sex, race, and disability discrimination was brought together under the Equality Act, together with six other protected characteristics, one of which is “gender reassignment.” This is a broader category than people with GRCs, and protects from discrimination anyone proposing to undergo gender reassignment, as well as those in the process of doing so and who have done so.  At the same time, the Equality Act has exemptions that permit single-sex services, occupations, communal accommodation, and sporting activities where these are a proportionate means of achieving a legitimate aim.

The Change The proposals put forward by Justine Greening MP who was, until recently, the Minister for Women and Equalities, would allow applicants who wished to achieve legal recognition of a gender status on their birth-certificate that accorded with their gender identity, to do so by a simple process. They would be able to self-declare without the need for a ‘diagnosis’ of gender dysphoria. The Exceptions above in the Equality Act 2010 would also be removed to allow those who transition into spaces that they identify with.One way to simplify things for trans men and women would be to allow individuals to self-declare the gender in which they choose to live, without the need for medical evidence or proof.

Over the decades the rights of women have been in the spotlight, highlighting the positive rights that have been hard fought and won by many who suffered greatly to ensure they had a voice, from the right to vote to equality in many areas of life which is still ongoing, equally that also included gay women who fought for the right to be accepted into the women’s movement  because they are biologically females. Society has moved on to a more liberal footing encouraging acceptance & tolerance in many areas of life, then along comes other differences over the decades including transgender,non binary,and self ID etc. This should be a watershed moment but instead it has turned into a campaign of hate and oppression and neither side is blameless. For decades the warring factions have just got on with it and been accepting and supportive of transgender rights until now, where the threat to women’s rights was met with some anger by the feminist movement and seen as a perceived threat to their hard fought protections, who rightly or wrongly, fear a watering down of  those protections.

So how can this be resolved to the satisfaction of both sides? Certainly not the way the debate is being framed.

Many feminists see this as mansplaining steeped in patriarchy and misogyny & sexism to invade women only spaces and to eradicate the rights of women per se as they claim that if GRA goes through in its present format it means anyone can call themselves a woman,so therefore their bio-sexual orientation is erased and to a degree I can see that argument particularly for women and children who have suffered domestic violence situations this is only space they feel safe in.  Growing up under male oppression in a society where men had privilege over women  is what some call a ‘lived experience’ from menstruation to childbirth and violence towards them by male counterparts always seen by society as weaker sex to submit to their male counterparts wishes,or the portrayed temptress leading men astray because they are too weak to control their desires. This is one thing that trans women cannot  say is their  lived experience when a considerable part of their lives they grew up with male privilege,however they can identify with the  ‘violence’ they suffer generally by males who feel their masculinity is threatened, the same applies with gay women, as often but not exclusively  the aggressor is male. Women and children are often victims of government policy to keep them in their place, like the hideous rape clause recently introduced.

Violence is ‘violence and abuse of power’ by another, this goes on in relationships regardless of gender and in same sex relationships too, and no one should be subjected to this kind of aggression and those who commit such acts should be called out and prosecuted accordingly.

The trans women feel that this harms them considerably and imagine feeling trapped in the wrong body and unable to express their natural feelings it most certainly is going to damage you mentally and emotionally in the same way an abused child is affected for life by their experiences and no human being should suffer ,because it is seen by society as outside the majority lived experiences. According to the recent ITV programme Transformation Street which was portrayed positively, As of April last year, there were 280 patients in the UK on the list for gender reassignment surgery and another 169 consulting on the process, according to the Imperial College Health Care Trust. Figures published in July showed that the number of children being referred to gender identity clinics has quadrupled in the past five years.  Since 2010  650,000 people have come forward to ID as Transgender with 86% not having fully transitioned.Prices at this clinic start at £5,000 for procedures such as Adam’s Apple reduction, chin shaping, brow contouring or a nose job, rising to £35,000 for full gender confirmation surgery, which is a four- to five-hour operation and only lower surgery is on NHS.Historically, female to male transitions have been less common but now they are on the rise — and patients are getting younger. The minimum legal age for gender reassignment surgery is 18 so many young people that have attempted suicide, or have been estranged from their family because of gender identity .

Schools are supporting increasing numbers of transgender students, using a variety of guidance from the teaching unions and charities such as Mermaids (which has a grant of £35,000 from the Department for Education to deliver training to 35 schools).

Bernadette Wren, a clinical psychologist at Gids, says many young people seen by the service have been bullied or self-harm, and a number are on the autistic spectrum.

They feel they have a right to be included in society and treated like any other person and live the life they chose in the gender they feel comfortable.

The World Professional Association for Transgender Health (WPATH) asserts that medical evidence should not be necessary for trans people to gain legal gender recognition. WPATH says “no particular medical, surgical, or mental health treatment or diagnosis is an adequate marker for anyone’s gender identity, so these should not be requirements for legal gender change.”Indeed, 17 countries, including the UK, have already adopted the approach that medical treatment is not a prerequisite.

The amount of reading I have done to understand the issues from both sides has been phenomenal and lengthy. There is an awful amount of misinformation in both camps about the real issues and heavily influenced by the USA and the intersectionality argument which originated  regarding a court case about women of colour ,facing racism and sexism being used by some as the way forward,which to my mind only clouds the issue further.I get the argument for it but the origin has seemingly been hijacked to justify a course of action.

Intersectionality is a term that was coined by American professor Kimberlé Crenshaw in 1989. The concept already existed but she put a name to it. The textbook definition states: The view that women experience oppression in varying configurations and in varying degrees of intensity.15 Jan 2014

Intersectionality is the buzzword to end all buzzwords, the term that launched a thousand hot-takes, a discursive sinkhole where political disputes go to die. Depending on who you ask, it’s the most important theoretical innovation in feminist history; the cancer that’s killing the left; a critical tool in on-the-ground organising; or a totally meaningless liberal shibboleth. I am not overly invested in trying to claw back some kind of clarity on what intersectionality “means”. Like much of the work done by feminists and queer theorists around the same time, there is a certain ambiguity to intersectionality, if only because many of the people interpreting it come from this poststructuralist milieu.

The abuse some face, is both verbal,and physical threats of violence and name calling seems to be most prominent which I will not be repeating or including in this blog because as a decent human being I find them all equally offensive . I have seen some extremely aggressive behaviour by some which I have found unacceptably distasteful and bigoted.  The statistics are flimsy and poorly researched material and quoted regularly. It would do everyone a favour if there was independently fully funded long term study with a long term view of providing accurate research/stats for both sides . According to the Trans Murder Monitoring Project  8 people have been murdered between 2008-2014 in the UK, Home Office Hate Crime figures of transgender   have steadily risen to the current figure of 1,248 between 2011/2012-2016/2017.

The barrage of articles recently from both camps from various journalists and academics leave many affected by the debate more confused than when they started out, as rational debate is silenced and those who shout the loudest seem to get the most coverage. If we are to change with the times then it is a debate that is needed and both sides should be invited  to put their arguments in report form on the table so that they can be independently scrutinised by those tasked to make a decision. Its is reported that the Tory government put this on the agenda when the opposition stated if they didn’t, they would, when in power. A consultation is due to be announced in the Autumn but many have concerns that like many consultations the decision is merely a formality as the decisions have already been made.