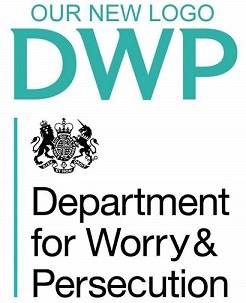 By blueannoyed and Paula Peters

So here we are  with the Tories in power and the many Welfare Reform Bill’s that have been passed  in full swing including the introduction of a further change called Universal Credit in 2013 , which was to be rolled out later across UK  to those on certain Income related benefits, including story after story of people being denied benefits unlawfully and their hardship or worse still the fatal consequences in some cases being highlighted across the HOC by MP’s from all sides. This caused outrage  except with the general public who had not a clue what was happening  thanks to the Tory propaganda machine hiding it all and the media colluding in it except for a few exceptions of some journalists, like Frances Ryan,Patrick Butler, Amelia Gentleman,Sonia Poulton and a few others. to those claiming it was like living in a Orwellian nightmare they had no chance of escaping.

DPAC collected stories and sent them to the UN  asking for help and intervention to bring this to the attention of the public and others highlighting it by taking the Government to the High Court.  This UK Government is only one in history to be found guilty of ‘grave and systemic violations of disabled people’ and further visits by the UN rapporteur Philip Alston condemned them in further reports.   Meanwhile many were distracted by the fact that David Cameron called a referendum which would divide a nation  and privatization of the NHS accelerated to bring it all together to remove the welfare state under the NHS Five year Forward View,and the  Work & Health Programme which is part of Universal Credit, In 2016  The Dept of Health and DWP joined forces  the message was to cut the disability gap for disabled people to be able to work  and remove barriers to work in the green paper Improving Lives-The future of Work,Health, Disability. The catch phrase was ‘Work is a Health Outcome’  This replaced the 2010 work programme’s.

The Impact this will have now and in the future is going to see many people moving into work that can and those that cant forced into impossible situation of mandatory schemes  to get them back to work.The Work and Health Programme is a Welfare to Work programme commissioned by the Department of Work and Pensions (DWP). It is designed to improve employment outcomes for people with health conditions or disabilities and those unemployed for more than two years.

The rollout of UC has to say the least been controversial  the media stories of hardship forced many changes under various ministers (8 to date) who came and went faster than a windy day due to its failings, yet this government still refuses to scrap this dangerous policy to save face , even when it has been pointed out it wont work for so many and is cruel and twisted ideology behind it is flawed.  Even the media have called for it to be stopped, and it has been subject to the making of a few programmes which have shocked even the hardest critic of those claimants ‘Sitting on the Dole’ ‘Something for Nothing Culture’ screaming about their taxpayers money being spent on ‘Dole blaggers’! The huge increase in hate crime and towards anyone that didn’t work , homeless, disabled and the hostile environment created by this Government has had even some of its supporters  say enough is enough and it must change or stop and fix the problems, but No this government carries on regardless with claims its working and employment rates are highest they ever been which doesn’t bear scrutiny .

View this document on Scribd

The next blog will be how the NHS changes will affect the many and how all this will link together and the effects of patients and those who will be affected by Universal Credit such as Social Prescribing , access to GP and a Interview with Dr Bob Gill who has been telling us all about the privatisation of the NHS for some years.