Class War On The Poor 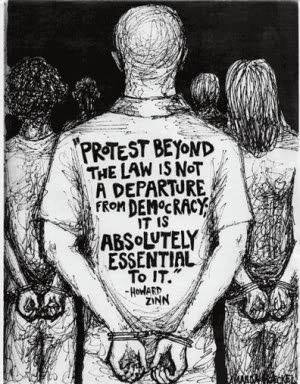 For 9 long years campaigning against Austerity has opened my eyes beyond measure, to the corrupt nature of the ruling class. The serious nature of crushing the poorest in society from dissent by control is no joke especially if you are working class whose lack of opportunity is stifled by lack of resources available to them, this is not because they don’t want to rise up the ladder of life, it because of the person holding the ladder preventing them from access and climbing it.

It started with social control via religion and landowners making sure those at the bottom were prevented from rising up and knew their place. It has divided communities across the land and across the globe.

However progression from Victorian England and workhouses because the elite feared disease from black death, cholera, smallpox ,Tuberculosis etc ,society progressed slowly towards better equality with the industrial revolution and workers rights being forced by withdrawal of labour that led to the formation of what we now call the labour party to oppose conservatism and the ruling elite.

But what has really changed? The class system still impacts on citizens today it depends which class system you are born into as to where you can go, even with best will in the world with a few exceptions along the way of those who are catapulted into prominent positions because they understand what class does to society and how it is used as a tool of oppression.

From  Peterloo ,Suffragettes , the Tolpuddle Martyrs, and the  Jarrow Marches,  Miner Strikes in 70’s , and the Poll Tax Riots the working class has stood up to be counted and achieved a lot at the time,  to make working class lives better for a while. It wasn’t without cost of life or oppression and blacklisting of individuals seen by the state as troublemakers.

In 2019 things are at crisis point after 9 years of Austerity in which a Conservative government has incited crushing oppression and hatred on the working class through various austerity measures, divided our communities into groups that hate each other because while everyone is fighting for the crumbs off the table via various pecking orders of worth and Brexit made it worse and opened the door to the rise of the far right who want their country back. Absolving the state from its own responsibility to act in the best interests of all it citizens rather than the few who run the country with impunity with mates rates for those who could afford to contribute more, instead of taking what little the poorest have leaving some of  them without means of survival. After all positive and behavioral change is at the heart of welfare reforms and austerity.

The rise of the middle class protests funded by those with vested interests to contain rebellion from   the working classes while dragging some of them along for the ride  to seem as if they truly care , is nothing more than a establishment smokescreen, which is why the media are reporting on it , and advocating clamping down on such dissent.

I’m not saying these issues don’t matter to working class people too, they most definitely do, disabled people have tried in vain to raise the systemic violations they are currently suffering with welfare reform to no avail and those who do know about it turn a blind eye as it doesn’t affect them, the NHS is being cash starved to privatise it to the American Insurance system which I may add is also being dismantled both here and there so only the rich will have access to medical care. Climate change is a big one we should all care about after all our very existence depends on it, is the latest  protest with arrests now being carried out, whether they will face same sentences before the beak is another matter, as often the working class are made examples of to put you in your place.

So what am I getting at…. It’s the class system we need to get rid of along with this government who will only use these protests to control and oppress the working classes further  because they dared to ask for more, while the middle classes will disappear down the proverbial black hole after gaining some concessions and helping the establishment achieve their goals.

Austerity and climate change are interlinked, but Capitalism is your master right now and has been for some considerable time and that will need crushing to get the changes needed for a fairer and equal society for all citizens and the redistribution of wealth that is needed to radically change the infrastructure of the country.

If you understand what you’re fighting against and what you are fighting for you have a greater chance of success of stopping your oppression.

When a Rebellion is Controlled by the State-Updated